Sowing Hardy Annuals to get a jump start on next year.

I have to admit that at this time of year, i'm winding down. There's 3 more weddings, some party flowers and bouquets to do, but i'm heading towards half term which is my cut off point for major orders.

But if i only think that way, (and it's really easy to, when it's now dark when i get up) then there will be nothing flowering on the field in June next year. The winters on my well drained, chalky field are the only time plants really get a good soaking. That means that autumn sown and planted out hardy annuals can grow strongly to give me huge amounts of flowers earlier next season.

So i've been in the greenhouse this afternoon. Pricking on the seedlings i sowed a couple of weeks ago, and sowing more to make sure i've got enough for my plan for next year. 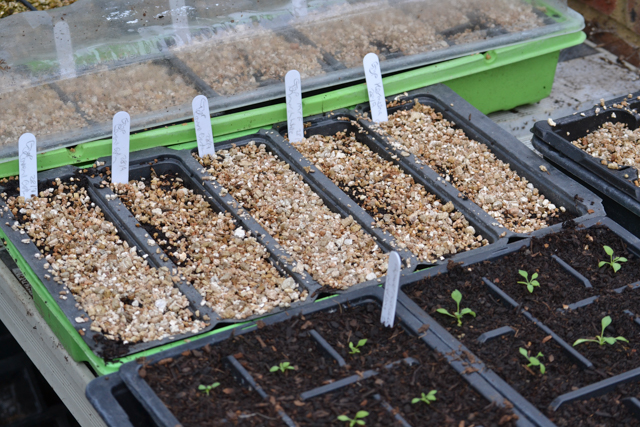 At this time of the year, while it's still warm, things only take a week or so to germinate. You can prick them out into larger cells within a 2-3 weeks of   sowing. The poppies at the front of this shot (above) were sown on the 28th August, and the Ammi and Cornflowers on the 7th September.

So what likes being Autumn sown? 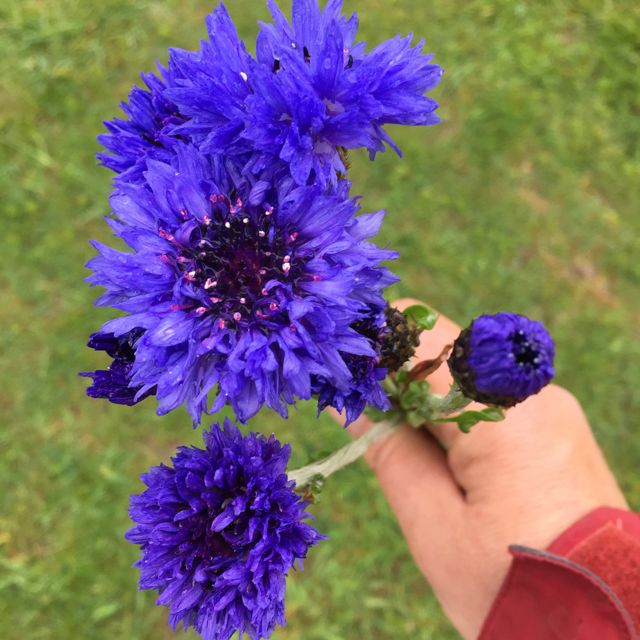 Cornflowers are top of the list. - The difference between autumn sown and spring sown is amazing, and about 1 metre in height!

Autumn sown cornflowers create a rosette that produces huge amounts of stems. Each plant can give you a minimum of ten flowers for cutting EACH week, when it gets going. As well as the amazing Blue Ball, I also grow Classic romantic, Snowman, Pinkie, and new to me this year Mauve Ball (spotted at Green and Gorgeous in the summer ) My first batch of plants last year were eaten by slugs, So the date of sowing for the majority of my plants which started flowering on 18th May was 30th September 2015.

Ammi Major is next on the list. While some people sow these direct, i like to give them plenty of space so they can get to full size, and i'm not fond of weeding out plants when it's wet in the winter. For that reason, i sow them in seed trays and prick them out when they are only just germinated. As long as you use a deeper module, this works really well for me. Ammi Visnaga on the other hand doesn't overwinter well, and spring sown catches it up, and produces healthier plants, so i'm not bothering with autumn sown this year. 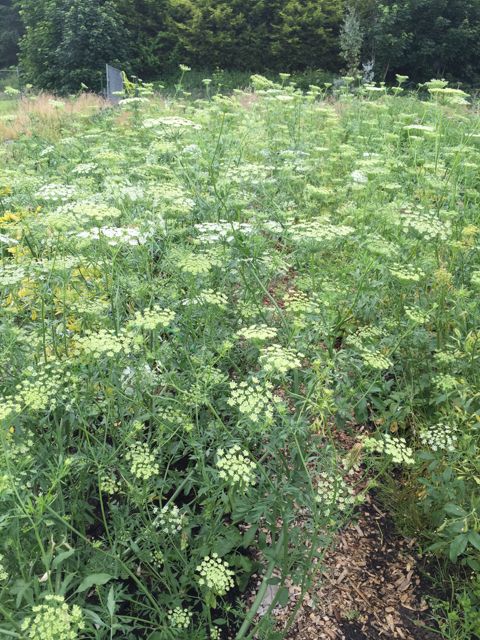 The Ammi was late flowering this year, only starting on the 15th June from a 9th September sowing, last year it was 28th May.

Poppies are my next favourite. The iceland ones for flowers, and the self sown ones for seed heads (those i broadcast direct) I've even tried sowing these as biennials at the end of May, but although i got a flush of a couple of tiny flower heads in November that year, they didn't start flowering any earlier in the spring than the autumn sown ones. Usually it's by the end of April if you sow them now. This year because of a cold spring it was the 7th May. I am trailing some expensive new Colibri seeds this year..... watch this space. 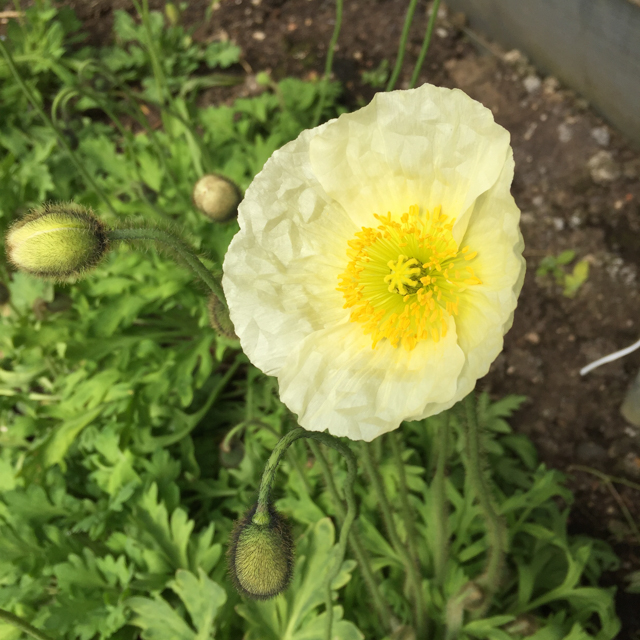 and last but not least to sow in the next couple of weeks - Sweet peas. Make sure you've got your root trainers prepped and your seeds bought. By far the best time of year to sow Sweet Peas is early to mid October. 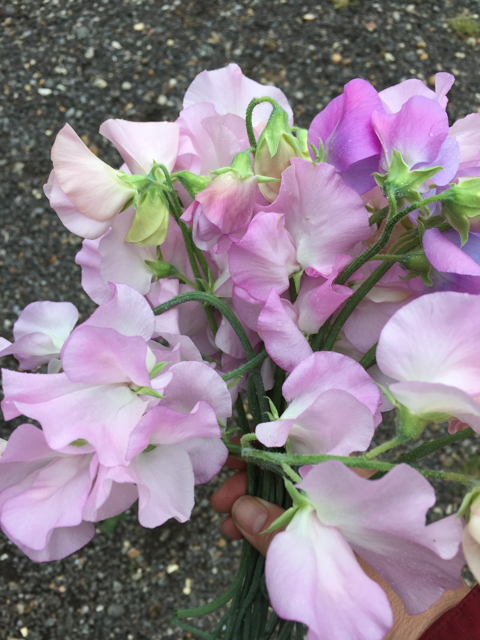 Have fun filling your greenhouses and window sills this weekend, and look out for next season's workshops if you want practical help and advice to get your cutting gardens started.