We haven't had a frost yet here in Surrey.

The temperature has dropped, but so far the Dahlias are still safe, and there's actually quite a lot else still flowering as well. 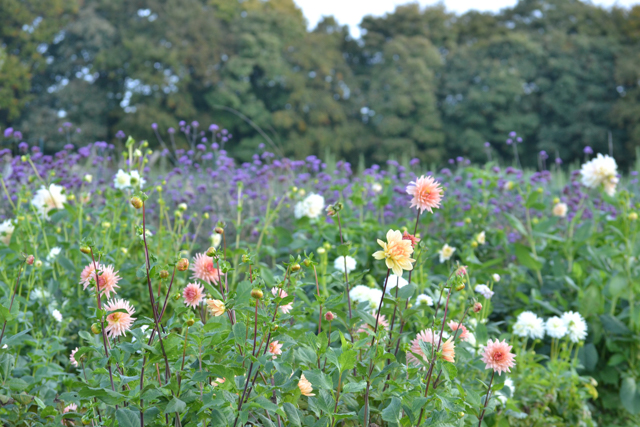 Behind the Dahlias is a whole row of Verbena Bonariensis, which is still going strong. - Shorter stems now, but great purple tones. 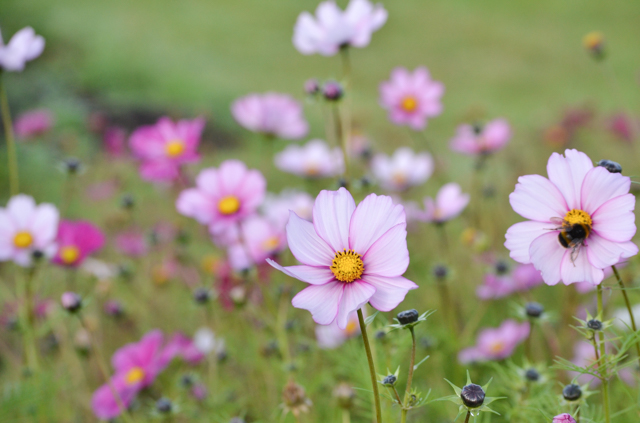 I thought i'd made a big mistake not sowing a late batch of cosmos this year. But because we only had one batch, we've kept picking and picking it, - and it's responded with growing back with fresh buds each week. This variety is Picotee pink, but the Collarette white is still going too. (the double click varieties petered out long ago though) 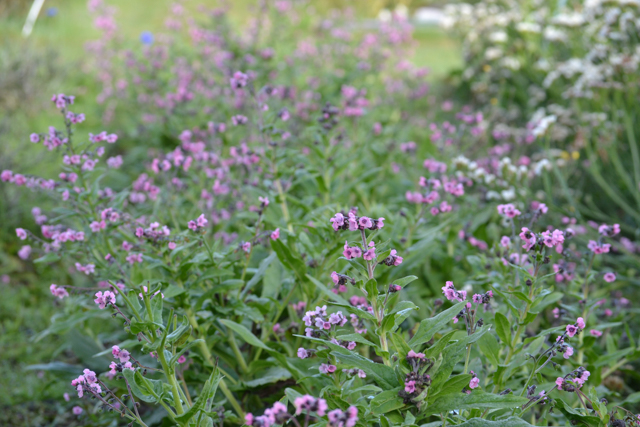 This is the 3rd year running i've had a lovely late bed of Cynoglossum, The blue seems more reluctant to seed than the pink, but it's a great filler, and i'm hoping i've got at least another week of it. 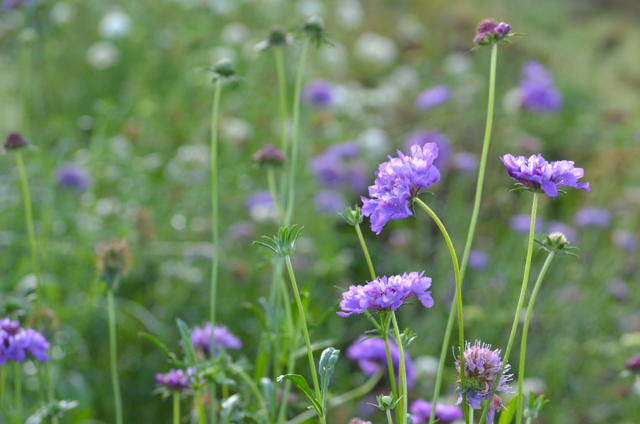 The Scabious has come back again with lovely long stems. The Blue and white got a major hair cut in August, so they are really long and strong, but even the neglected dark colours are providing some new stems.

And i've been cutting Sedum since it was green in July, but the dusky pink stems are still going, and haven't browned off 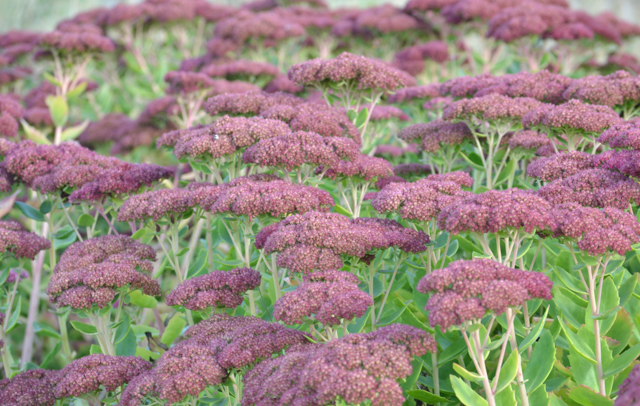 and we're now at the point where we can start cutting the autumn/ winter foliage. Beech, Privet, Senicio, Eucalyptus, Rosemary Pittosporum have all been picked today, along with Ageratum, Helichrysum, Statice, Seed heads, Daucus, Feverfew, Hesperanthera, Nerines, Zinnias and Antirrhinums (there's a video on my Instagram feed of all the lovelies we picked todayhttps://www.instagram.com/plantpassion/)

But the Chrysanthemums are late this year, - they're budding up now, i'm just hoping the polytunnel can protect them long enough for the flowers to fully come out.

And tomorrow's wedding is the last of the season (or is it, as an email has just landed in my inbox.......)